Many Free eBook Sites Blocked in the UK 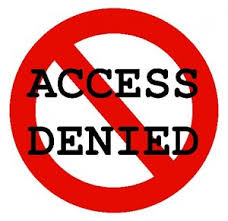 Following a ruling in the High Court the major Internet Service Providers (ISPs) such as BT, Virgin Media, Sky, TalkTalk and EE block access to many free eBook sites. The Publishers Association identified that more than 80% of the items on these sites was copyrighted material. Entertainment industry companies are increasingly attempting to stop pirate operations. The Publishers Association has also made an effort to get Google to take down links to around 1.75 million items on these sites. These are some of the websites that are blocked in the UK, however, they may be still accessible in other countries. Many of these sites are hiding mirroring and they use many other tricks to provide so called illegal material. Beside many torrent and pirate sites were blocked, including many websites sites linking to sites which acted as proxies to these sites. For example, the Booksc.org website provides millions of articles for free (which is not yet blocked) and they link to their eBook library is well, which constantly changing its URL. There are still many eBook sites (in 2017) that are not blocked yet, such as the Russian Booksee.org.

On Wikipedia you can access the List of websites blocked in the United Kingdom including the eBook sharing websites that are blocked by the The Publishers Association court order:

The Argument Against the Copyright Law

A central anti-copyright argument is that copyright is not and has never been of net benefit to society and instead serves to enrich a few at the expense of creativity and widespread accessibility of works. The classic argument for copyright is that granting creators temporary monopolies over works—giving them an income will encourage producing future works as well.

Also, there are websites who fight inequality in knowledge access. The scientific knowledge should be available for everyone regardless of their income. So for example the sci-hub.io website provides mass and public access to research papers.